Intrepid win the Final of the Rotax Senior with E. Brand

Intrepid is just come back from the 3rd round of the Rotax Euro Max Challenge that took place in PFI (U.K.). The team, composed by several drivers and managed by Martin Reuvers, started the season in February, in occasion of the Winter Cup, and is collecting a palmarés of prestigious results. In fact, on last week-end, Edward Brand - the Intrepid professional driver - got the best possible result, after a challenge with the top drivers, he won the final.

On last Thursday, the race started with the usual tests to find out the right set-up of the chassis that is the last evolution of the most performing product that Intrepid offers to attend the Rotax.

During the qualifying heats, Brand obtained important results: two times the second place, one time the third place and, unfortunately, in the last heat he crashed coming back to the tenth position. So, in the pre-final he started tenth but thanks to the professional work of the team and to his determination, he reached the second place on the grid.

The final race was absolutely exciting with continuous overtaking and a real challenge to reach the podium that Brand obtained with merit.

Now, after a penalty of 10 seconds and the appeal to the sportive Court, Intrepid waits for the confirmation of this prestigious result. 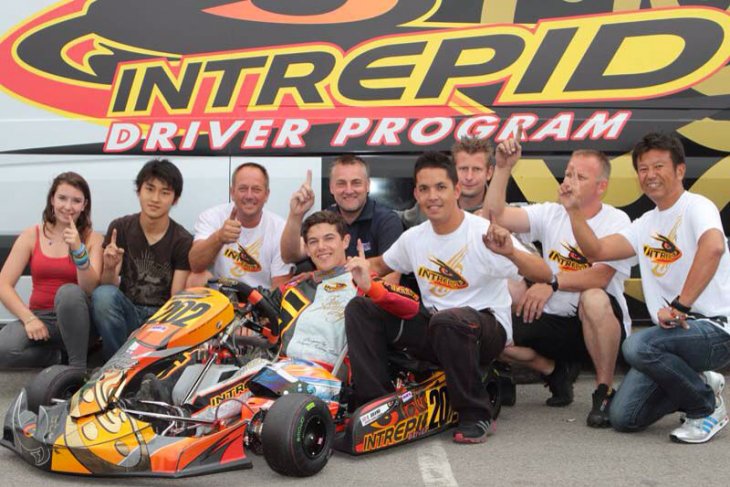